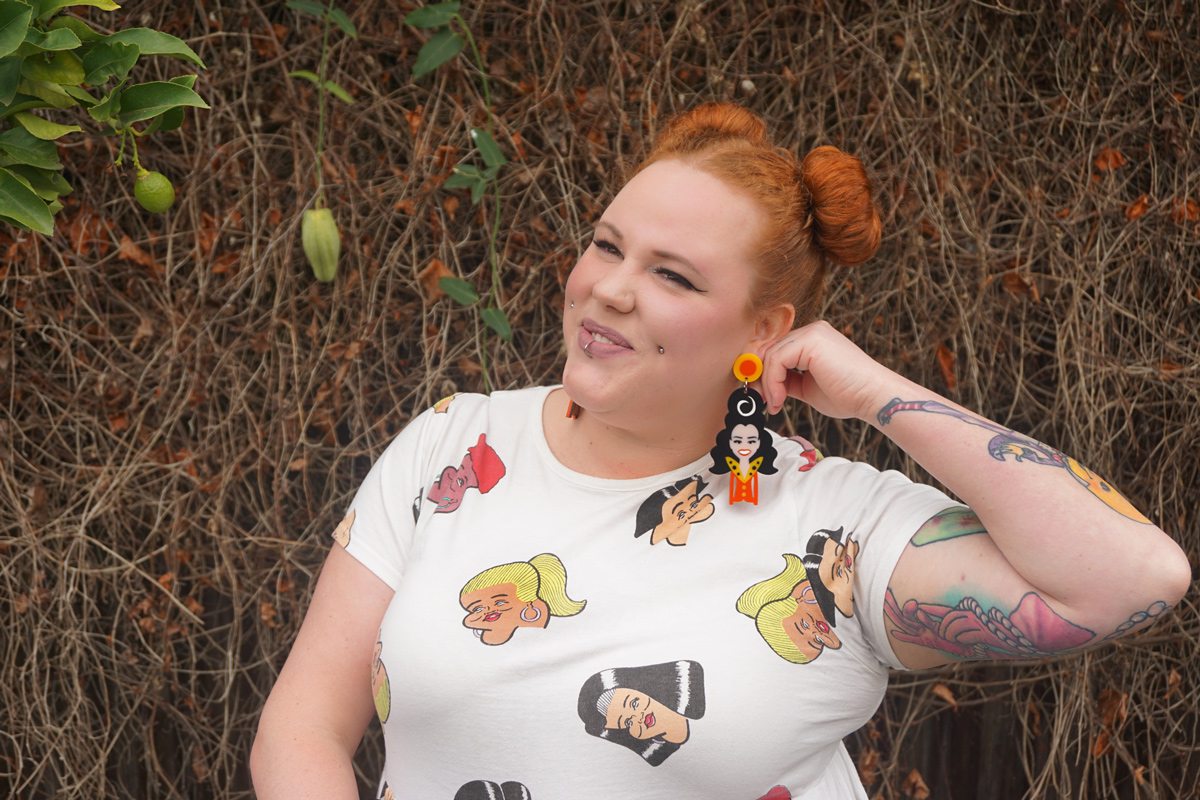 You guys! I accidentally took a three month blogging break! Umm, what?! I guess time flies when you’re working an adult job, finishing your last year of uni, modelling for Melbourne Fashion Week Plus (this weekend – tickets here), travelling Japan and shopping at Punyus, building websites for indie designer friends, filming my first ever vlogs (more on that in a minute), hanging out with the What Fat Girls Actually Wear community, being included in rad AF body positive colour books, and plotting exciting design-y things for next year (hint: I directly mention my plans in this article).

Side note: If we’re not friends on The Gram or Snappers (@kobi_jae on both), pity the fool who missed my ridonkulous snap stories in the land of mind-blowing ramen and noisy pachinko halls. Never fear, I saved them all and am making a compilation video to unleash on the world when you least expect it. #sorrynotsorry

Have you heard of Punyus? If so – yes! You know what’s UP.

If not, allow me to explain…

Punyus is a clothing brand from Japan that offers all of their designs in both straight and plus sizes. TICK.

The company is founded by a Japanese comedian/performer named Naomi Watanabe. She is a delightfully exuberant fatty whom I may or may not have a mild (ha) obsession with. TICK.

Punyus burst onto the scene a few years ago with whacky and fun garments, laden with colourful prints. Their marketing campaign/lookbooks where absolutely to die for. Here’s a taste: 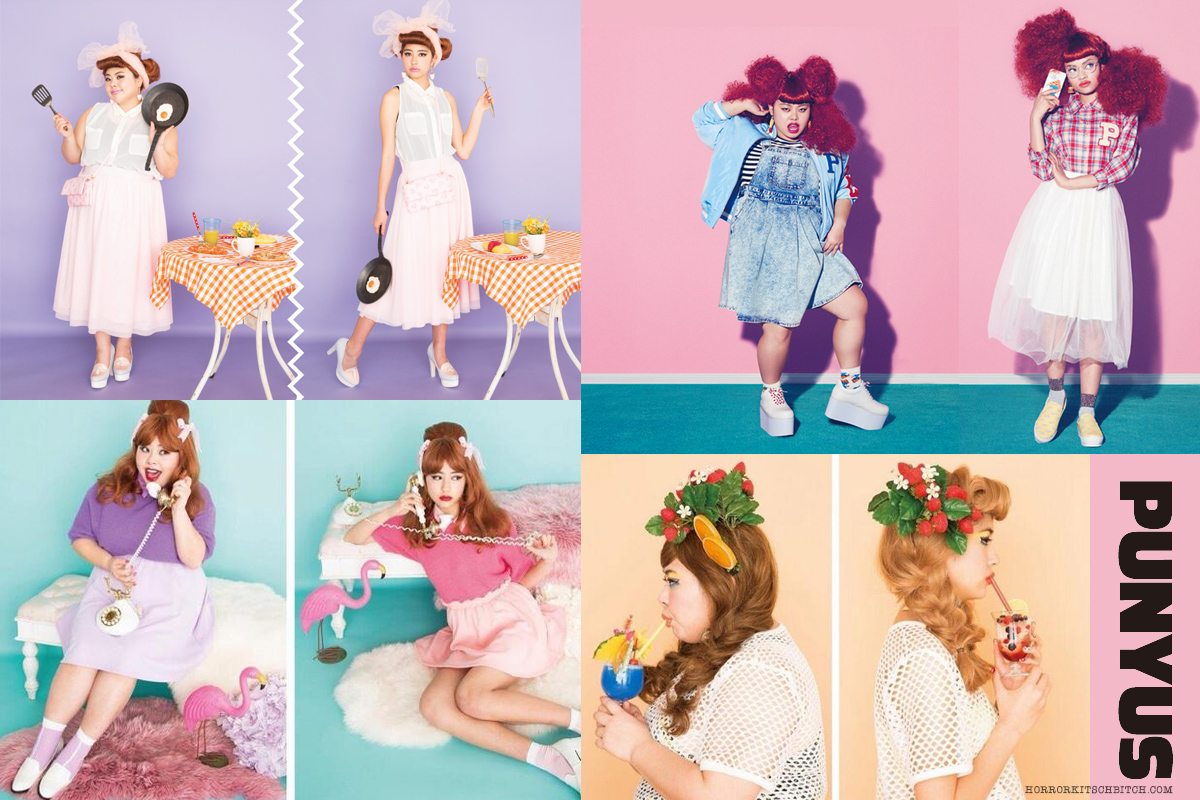 A couple of years ago, when my blog was a mere infant, I used to have a feature called “Sploosh Tuesday” and in the very first issue I was banging on about Punyus and threatening to visit Japan so I could shop there.

Well, baby Kobi. YOU DID IT, GIRL.

I shopped so hard, I got 5 different outfits from my pieces, without even really trying… (Sorry Savings account) So I decided to put together this “5 Days of Punyus” blog event in which I showcase a different outfit each day for the next four, and on the fifth i’m going to include my VERY FIRST VIDEO BLOG with me talking super emphatically (read: with old Italian lady flailing hands) about Punyus, and showing you around a couple of stores – including some dressing room footage trying on pieces that didn’t quite make the cut.

Without further ado, here is the outfit. More details on the garments can be found below the photos.

“On the first day of Punyus, Naomi gave to me –
ladies with many chin-nies!” 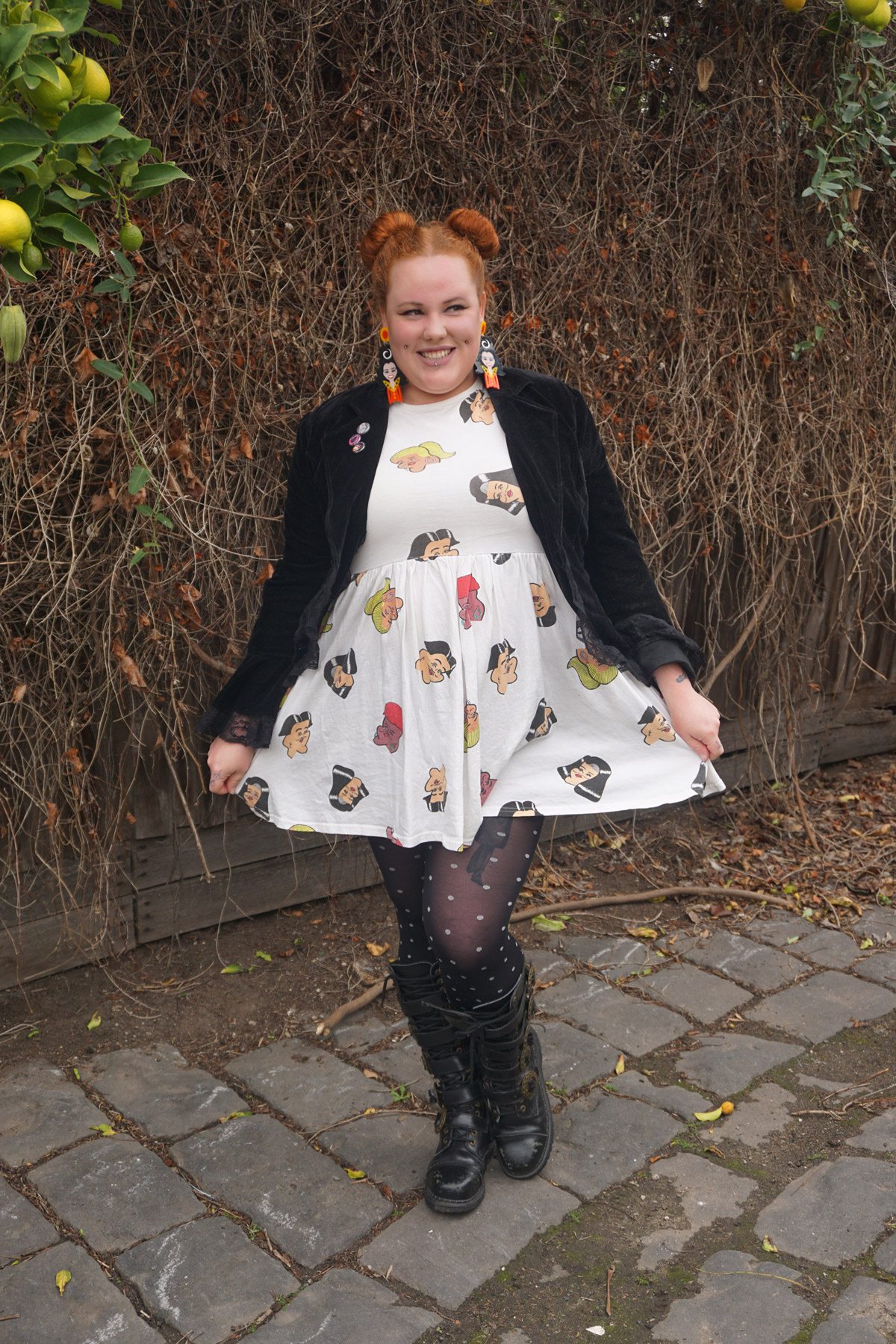 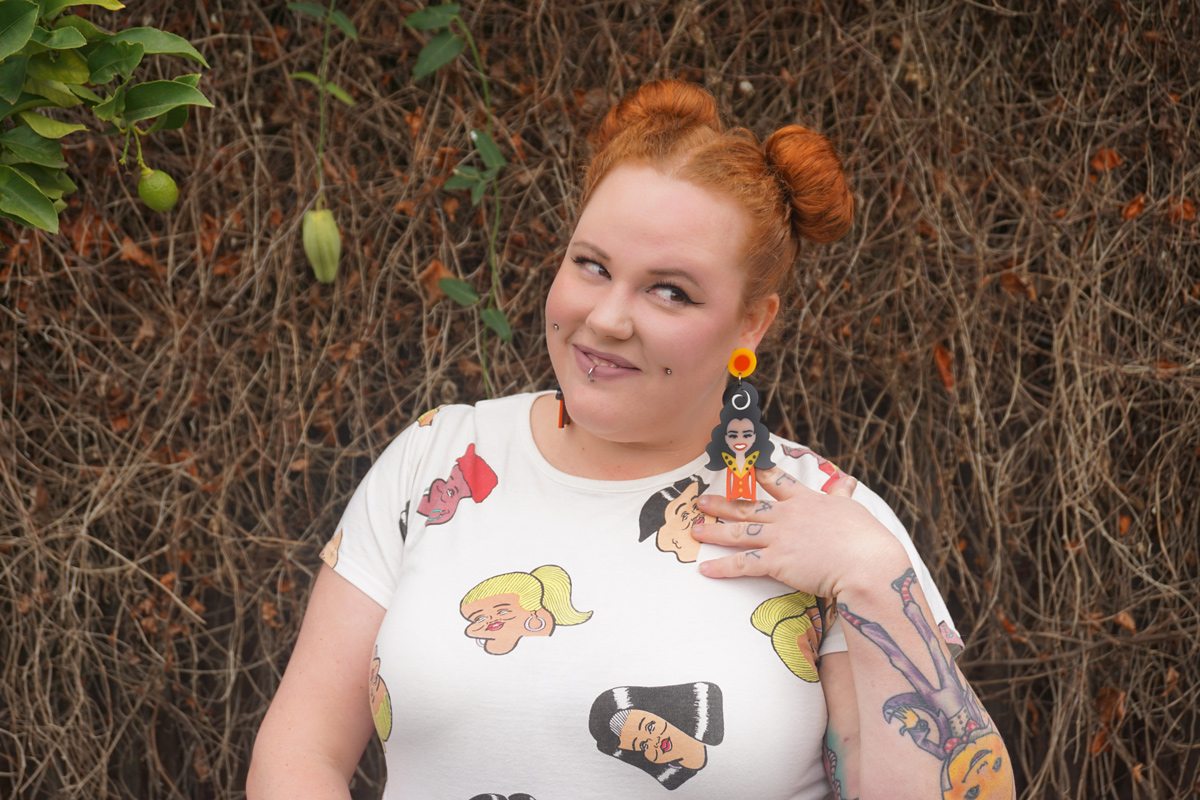 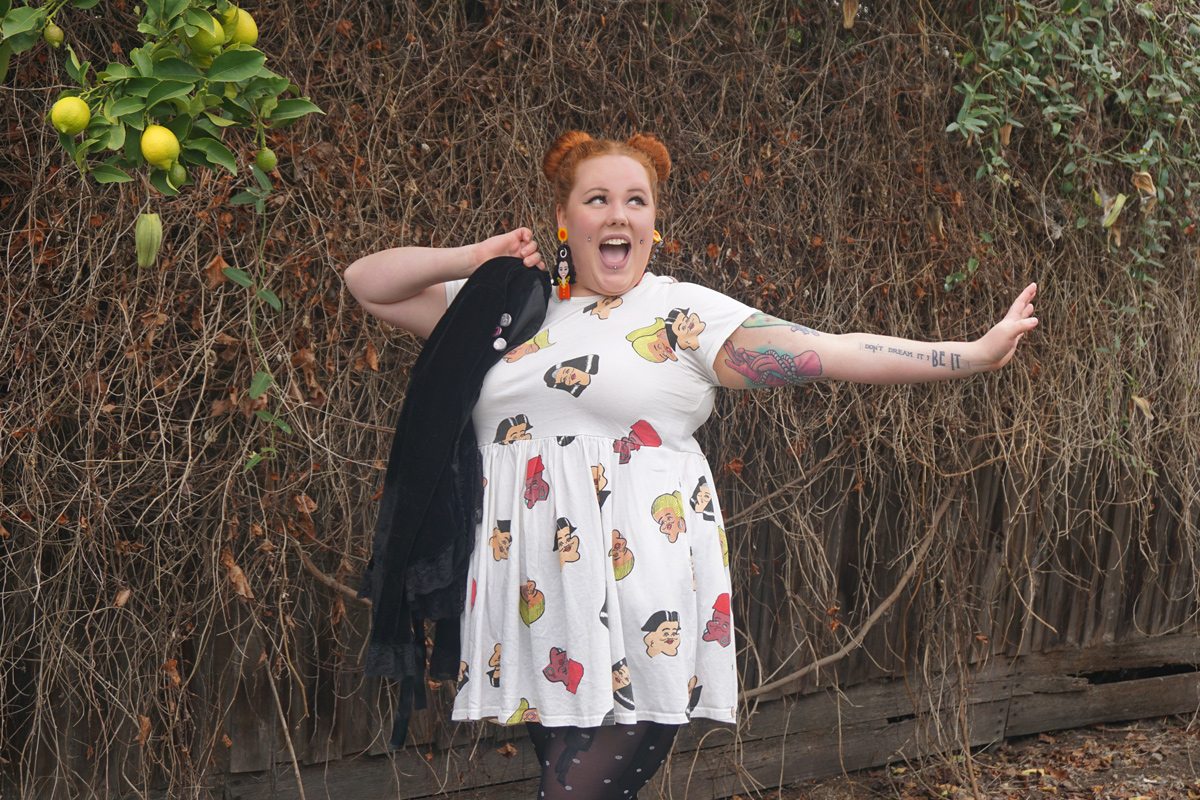 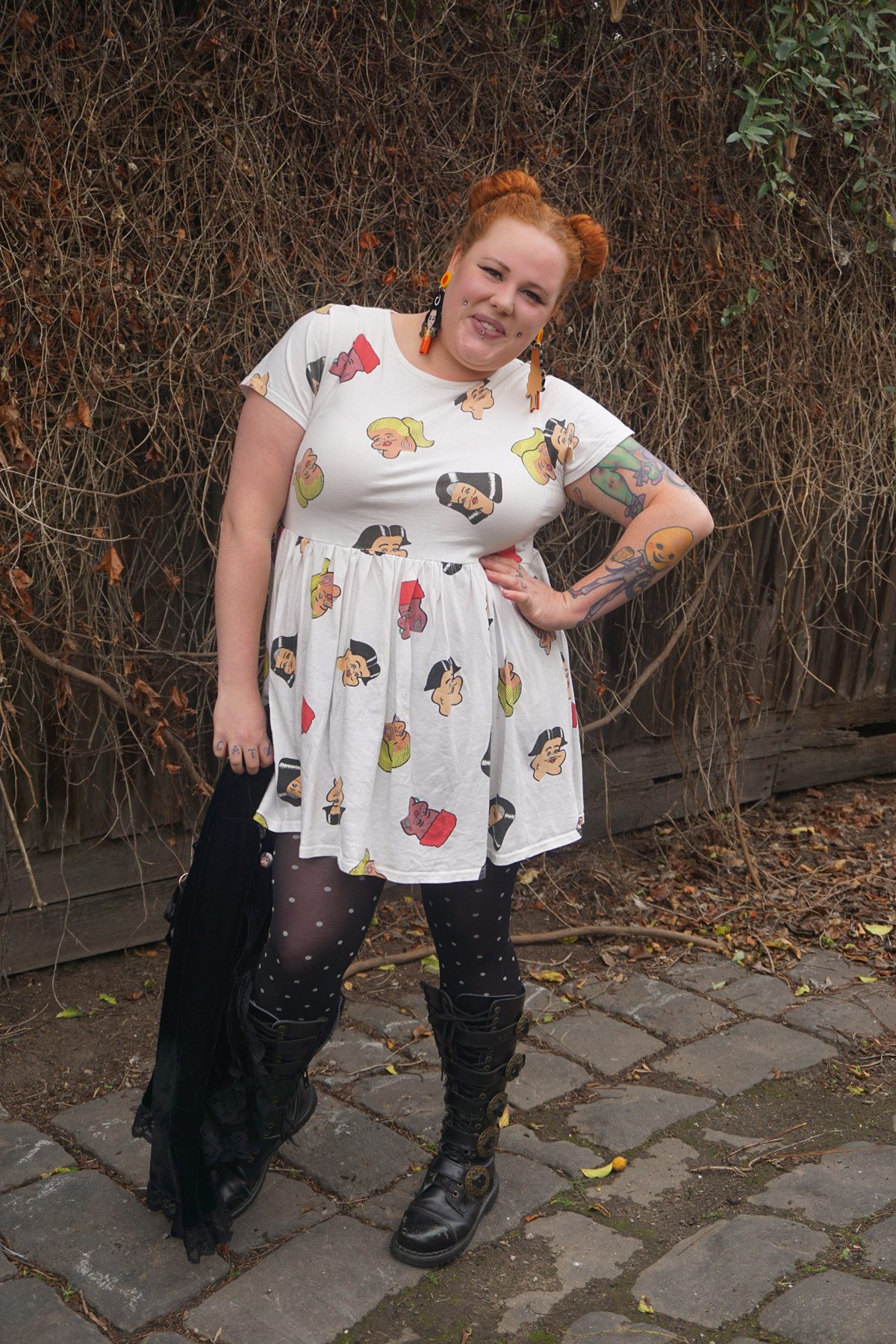 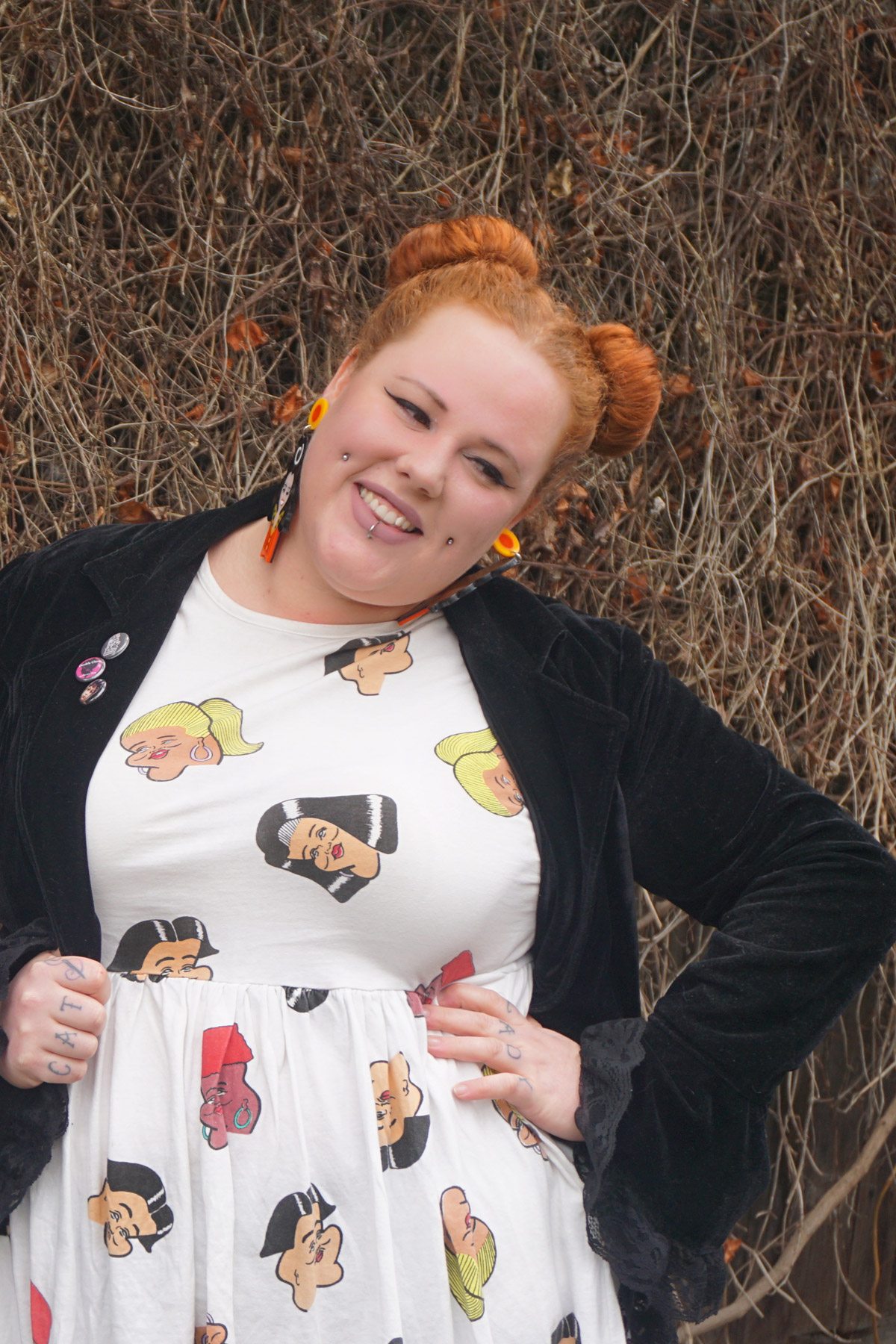 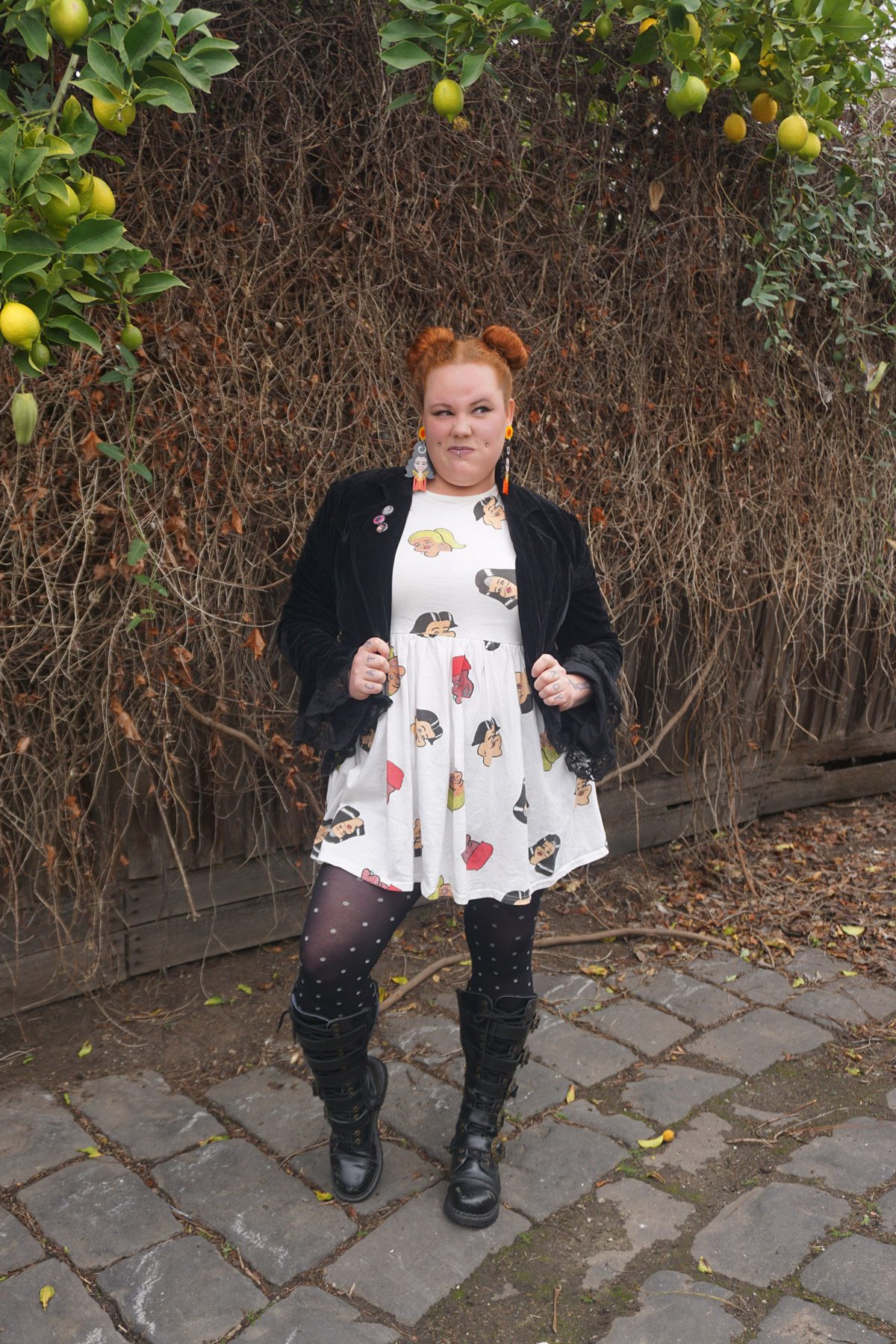 I’m going to be the first to say it – I think Punyus “get” apples. I’m not saying if you have a different shaped body, their cuts aren’t going to work for you, but this dress in particular was great for me. The length is long enough to go over my boobs and not have the skirt attachment sitting right up under my bust, and it’s a straight cut from the armpit to the skirt, meaning my belly fat is not an issue.

Also, it has pockets. You had me at hello.

Now I can’t speak for the quality of Punyus stuff on the whole, but what I can say is that I have worn (and therefore washed) this dress the most out of all of my pieces so far. The digital print was not that vibrant/strong/high contrast to begin with, and the three (ish) washes I have since given it have definitely not improved that situation.

Which brings me to my next point;

From memory, I paid around JPY 6,500/ AUD$85 / USD $65. So, not super expensive, but also not really cheap. I definitely hope to get a few more wears and washes before the print fades and renders it a nightie!

I am wearing the size 3, which is the second largest size Punyus stocks. According to their generic size chart, the bust is 108cm and the waist is 101cm. My measurements of the actual garment are 116cm for both. Most listings usually have their own individual size chart, but since this one is no longer on the website I can’t check their accuracy.

WHERE TO GET YOURS

Gulp! So sorry! It seems to be sold out online – I can’t find a trace of it on the website, but there are two shirts available in the same print; here and here.

A NOTE ON SHOPPING OUTSIDE OF JAPAN

The Punyus website is a bit… Japanese. Obviously in terms of their language, but also in terms of their visual layout and graphics. My best advice is to use the Google Chrome browser so it will translate the majority of the text, take your time to explore the site and peruse all the pieces, and use Google Translate for any individual words that didn’t auto translate – there will be a few!

Also, Punyus don’t ship outside of Japan, but you can use a third party courier like Tenso to get your mitts on their stuff. I haven’t done it myself but it is an english language site and they are a widely-used company… i’ve seen other bloggers talk about them!

THE NANNY NAMED FRAN EARRINGS: Doodad & Fandango – although I can’t see any Fran ones currently listed, she may still do a special order if you email her. I am also very taken with these lilac “Jerk” ones…

Thanks to my lovely pal Sam for wandering the streets with me and snapping these little photos. I can’t wait to show you the rest! See you tomorrow… 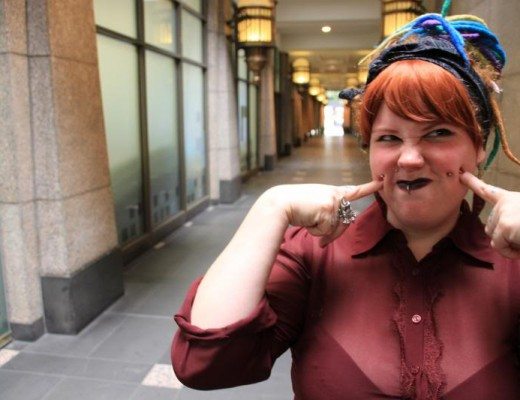 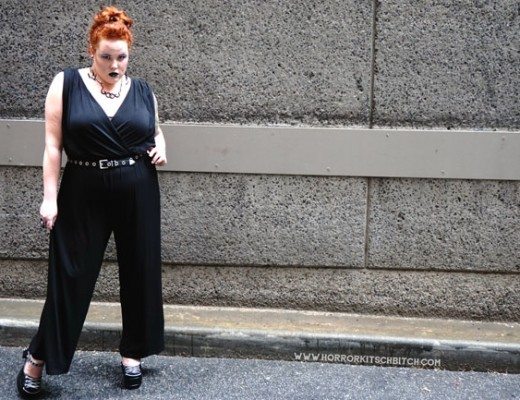 Whatever People Say I Am, That’s What I’m Not… 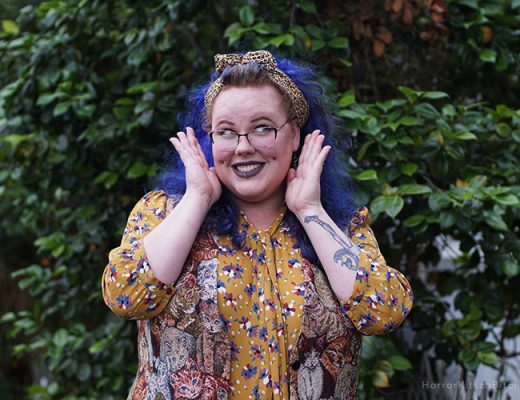