Sam and I had stupendous amounts of fun this weekend. I went SOUTH OF THE RIVER *dun dun dunnnn* to hang out and meander the streets of his pretty little suburb. We maybe took lots of photos, too.

At one point, we were accosted by a group of guys on bikes, in orange shirts, reeking of booze. They were pretty friendly. A bit too friendly. It’s no coincidence that after they (reluctantly) left, I had “No Scrubs” running through my head on repeat (wrong album, but still…).

I’d also like to say that i’m so super proud of myself for this outfit, it actually symbolises some big leaps and bounds in my body pos journey. Only a year ago I wouldn’t have been caught dead in ANYTHING bright on the orange/red/pink spectrum. I had it drilled into me from a pretty young age that my complexion is too red for these colours, and should be avoided at ALL COSTS. Since disregarding this advice, I honestly feel like half the rainbow has been opened up, just for ME! Haha!

These tights are from Plus Sized Clothing, who although don’t have a very creative name, they actually have a really great range of hosiery and lingerie (I don’t know about the rest of it, I haven’t had reason to explore yet). Best of all, I really wanted these by the weekend so I called on the Wednesday morning and a really lovely man processed my credit card and had them out the door that day. I got them the next day! Now that’s service! I’ll be back there for sure! 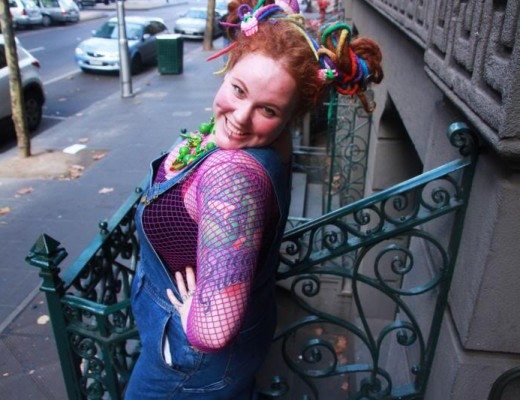 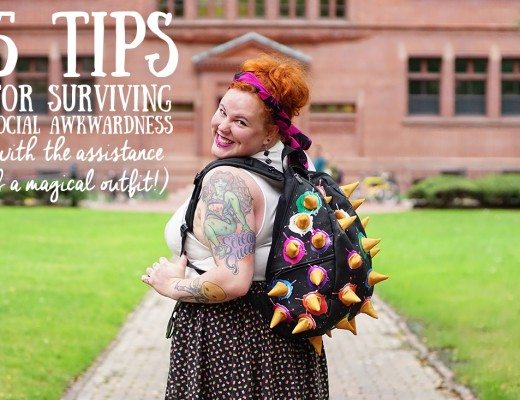 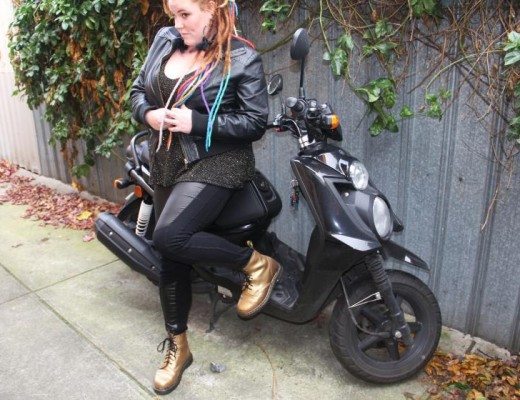 Hag in a Black Leather Jacket