Grrrls to the Front!

One of the things I love most about Alternative Curves is how challenging and interesting the themes are. Most of my outfit posts so far, have involved some amount of research and self-education. And that is pretty freakin’ awesome, in my opinion.

I’ve heard of Riot Grrrl a bit over the years (most recently in relation to Pussy Riot) but I must admit I had never really taken it upon myself to investigate. I’m not gonna go into a detailed history lesson – mostly because i’m not an expert, but also because it’s super fun to personally fall down the rabbit hole of internet edumacation; especially with a topic so rich and thriving with music playlists, other people’s vlog opinions, and documentaries – so you should.

A brief summary (and one of my favourite explanations) is this:

“Riot Grrrl roared into the spotlight in 1991: an uncompromising movement of pissed-off girls with no patience for sexism and no intention of keeping quiet. Young women everywhere were realizing that the equality they’d been promised was still elusive, and a newly resurgent right wing was turning feminism into the ultimate dirty word. In response, thousands of riot grrrls published zines, founded local groups, and organized national conventions, while fiercely prophetic punk bands such as Bratmobile, Heavens to Betsy, Huggy Bear, and Bikini Kill helped spread the word across the US and to Canada,
Europe, and beyond.”

Without even realising it, I was actually already somewhat familiar with some elements of the Riot Grrrl movement in that I explored DIY and punk aesthetics in one of my design classes last semester. In fact, I wrote a whole essay on it.

One of my arguments was that “the origins of the DIY aesthetic are rooted in the punk movement of the 1970’s, and in particular, a subculture initiative of this era: fanzines (aka ‘zines’). Zines, by their very nature, are hard to define due to the varying conditions of their contents, but one overarching theme that ties them all together is that they are a platform for anybody who chooses to ‘speak plainly about themselves and our society with an honest sincerity, a revealing intimacy, and a healthy ‘fuck you’ to sanctioned society – for no money and no recognition, writing for an audience of like-minded misfits.’ (Duncombe, 2008, p7)”

One particularly iconic feminist/grrrl power zine is called “Brilliantine” by Sheila Heti, and was self-published in 1994. Her approach to topics such as sexual violence, gender inequality and feelings of rage and oppression all mirror the punk ethics of outspokenness and free expression that are central to the Riot Grrrl movement.

So how the heck does this tie into an outfit? My sparse Pinterest board didn’t give me the answers, but it gave me some clues. Combined with my understanding of the punk aesthetic of the 70’s (that I believe the Riot Grrrl movement drew heavily on), I decided to just wear whatever the flip I wanted to wear, and include something i’d DIY’d – this jacket. Oh, and my reading glasses. ‘Cause smart people wear glasses, right? >.<

Although these photos aren’t filled with the high energy and punk freneticism I was mostly exposed to while researching Riot Grrrl bands, I think they’re a fairly good representation of my personal approach to defending things I hold dear. I tend to be intellectual about my ethics, and have an “I shall charm you and/or outwit you, before I bother to scream at you” kind of attitude. But you know what? That’s also totally grrrl power of me.

And just for funsies, I leave you with a gif of one of the ultimate fictional Riot Grrrl characters of the 90’s silver screen, and (probably) most of our somewhat misguided youths. 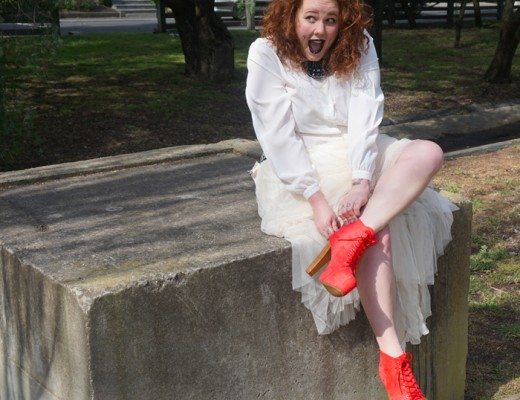 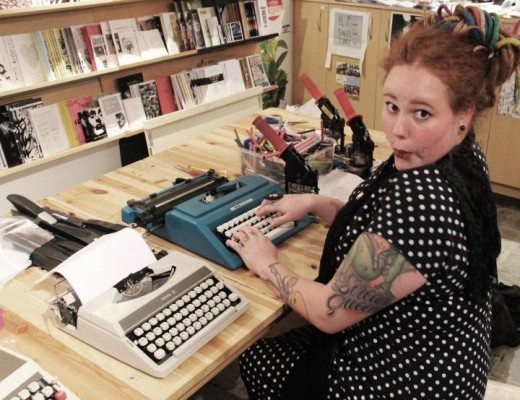 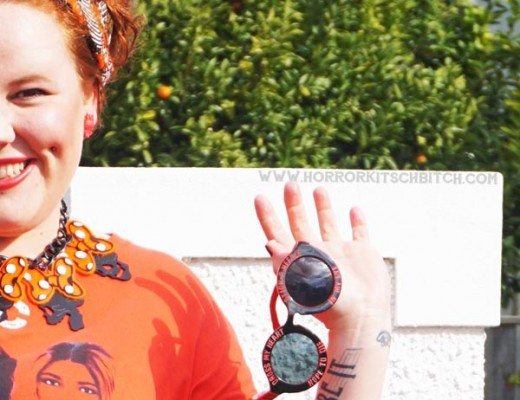